Past the point of rescue? 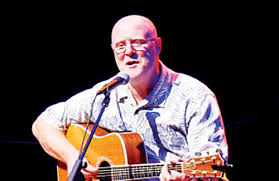 I see singer songwriter Mick Hanly is responding positively to an Irish Arts Center invitation to perform in Manhattan New York in November while battling with Ragwort in his back garden.

I first befriended Mick when he wrote a song about the Garda Heavy Gang- Sallins Case in 1980 on my release. He told me an interview I did for TV inspired him to write Open those Gates in support of my campaign as he presented me with a copy of the handwritten words.

Recently his garden was attacked by Ragwort. No, not a goblin from a Harry Potter story but a plant (toxic to cattle, horses, deer, goats, pigs and chickens).

It, in turn, was attacked by a hundred caterpillars who, as quick as an Irish government signature can give away our national assets, stripped it bare.

The caterpillars will shortly undergo metamorphosis to Cinnabar Moths (but not to the exotic Red Admiral, Tortoiseshell, or Painted Lady caterpillars Mick had hoped for).

It is reminiscent of Open those Gates as the song developed a life of its own, undergoing verbal metamorphosis, to be also used as a campaign tool for the Release Nicky Kelly and Birmingham Six campaigns.

Mick is gigging in Kerry at the end of the month. See mickhanly.com/ for details.